The crystals or ‘grains’ of which iron and steel are composed are built up of exceedingly small cubes built up of atoms. The length of each side of a cube is less than a tenth of a millionth of an inch, too small to be seen under even the most powerful microscope, but what can be seen are irregularly shaped crystal or crystal-grain, and each is built up of a huge number of cubical units.

The regular cubic arrangement of the atoms result in the formation of planes, either parallel with the three axes of the cube or along diametrical planes along which atoms can slide more easily over one another known as cleavage planes which are a real cause of weakness.

At the junction or boundaries of different crystals there are ‘spare’ atoms, not occupying regular or symmetrical positions. These ‘spare’ atoms occupy random or indeterminate positions, which actually form the crystal boundaries, therefore there are no cleavage planes and so the boundaries do not split easily i.e. they are stronger than the crystals themselves. This explains why fracture most readily takes place along cleavage planes i.e. through the crystals and not along their boundaries.  Further, the smaller the crystal size, the larger the number of boundaries that must be broken across before fracture can take place. A small or fine grained structure is therefore always stronger than a larger or coarse-grained structure of the same metal or alloy.

Applying this to metal bending, be it plate bending, press braking or any other type of metal forming, consideration must be given to the grain direction before any process is carried out. As a general rule, the grain line must run perpendicular to the bend to avoid the potential for cracking or fracture.  In cases where there are multiple bends in different directions, causing the grain line to run parallel with the bend, it is always worthwhile considering your material choice and thickness and also the size of the radius to limit cracking. 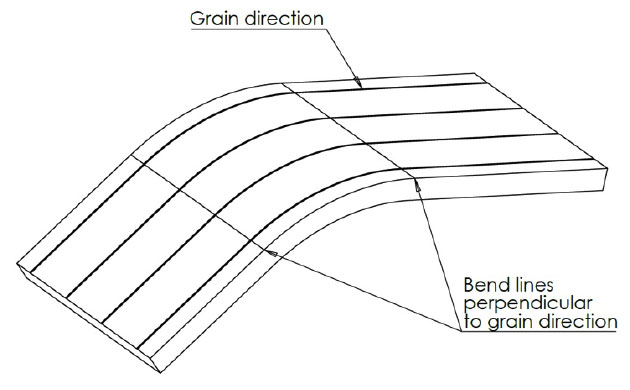 After plate bending, or even prior to plate bending but post plate forming at the mill, it is possible to return the grain size to a more regular size and shape through a heat treatment process. Annealing and normalising are two terms used to define the cooling of plate after heating.  Annealed steels are cooled slowly in a furnace whereas normalised steels are removed from the furnace and cooled in air.  In general the structure of the normalised plate is finer. 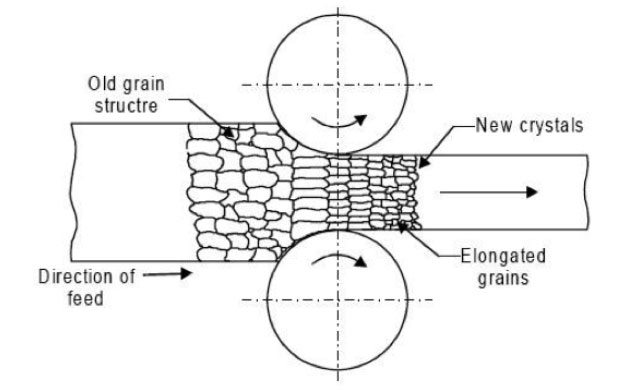 Plate bending can be split into two main categories, plate rolling and press braking.  The latter consists of much tighter radii, therefore the risk of fracture is much greater and the need to bend perpendicular to the grain increases. Limitations on the minimum internal radius exist and set rules have been laid out in Europe in the advent of CE Marking which is specifically designed, through initial type testing, to ensure that the risk of fracture is reduced where the bent plate is being used in structures deemed to have some element of risk to human safety, for example tread plate on steel stairs.