Prior to reading this it would be worth reading the two short history articles about plate bending rolls selection which take it up the 1970’s.

In the period since the early 1970's we have seen further developments.

This eliminated the need for a clutch and became a more suitable design for heavier machines. This arrangement is shown in figure 1. 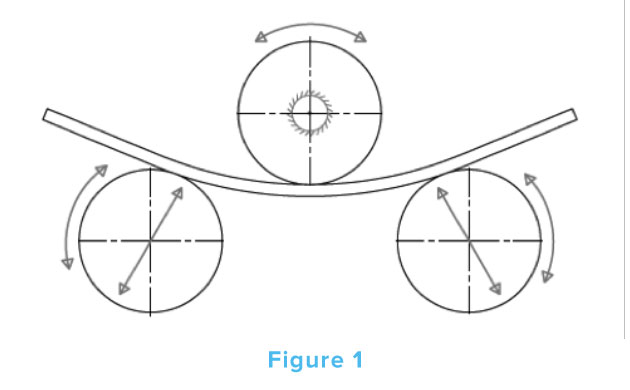 There was also the introduction of variable geometry design, where the layout is similar to the pyramid roll with the top roll moving vertically but the two bottom rolls can also move horizontally. This layout is shown in figure 2. 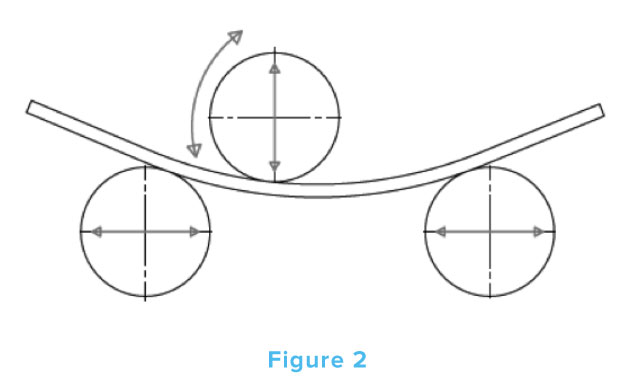 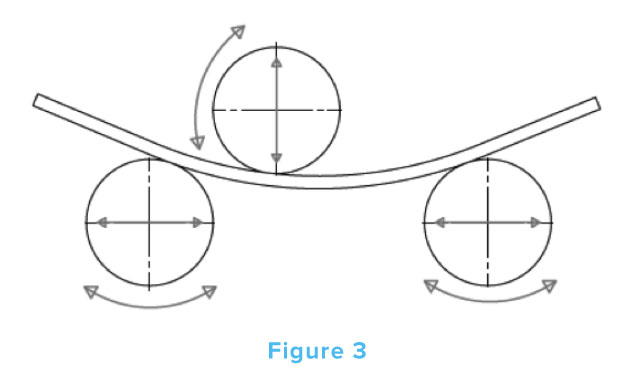 There has also been considerable development in the use of cnc for most plate bending roll manufacturers.  Computer controlled machinery has been in extensive use for well over 30 years. Its use in plate bending and section bending is difficult because of the spring back problem and because no two pieces of steel behave exactly the same.  This should not put anyone off the use of cnc, and where you have a quantity of the same size cylinders to make, it is often the best way to go.

With all of these developments in plate bending machinery, the question now is, which one of the different types/designs one is the best?

The answer is that they are all good to do certain jobs, and which one you select depends on the type of work you want to do on the machine, and what other existing machines you have at your workshop.

The old pyramid machine could still be used today but is no longer made in the West. Their use with setter plates in a low wage economy by a company with only a little capital would work well for plates up to 12mm.

In the modern high wage economy it is better to use modern hydraulic plate bending machines of the types described in this series of articles.

There are various designs as to how the load is applied to the plate to be rolled.  The bottom rolls can be mounted in slides, or the rolls can move on a swing arm with a pivot at one end that is fixed.

There can be a yoke with a fixed pivot on one end, followed by the roll and some further distance out you can attach the cylinder.  This yoke arrangement gives some mechanical advantage and enables a smaller cylinder to be used.

The differing designs are all fine as long as the designer makes these mechanisms strong enough to withstand the forces involved and the bearings are protected from the falling mill scale which is a very hard material and much harder than they material of type plate that it has flaked off from.

The variable geometry plate bending machines can give you a big rolling capacity by moving the rolls to their maximum distance, and are less expensive in comparison, but if you want also to roll thinner plate and roll cones then there is a need for all three rolls to be driven.

Plate bending machines can also roll cones figure 4, and if this is a factor in the machine selection then there will be a need to ensure the rolls are hardened and the cone block is made from a very hard material and strongly anchored to the machine. 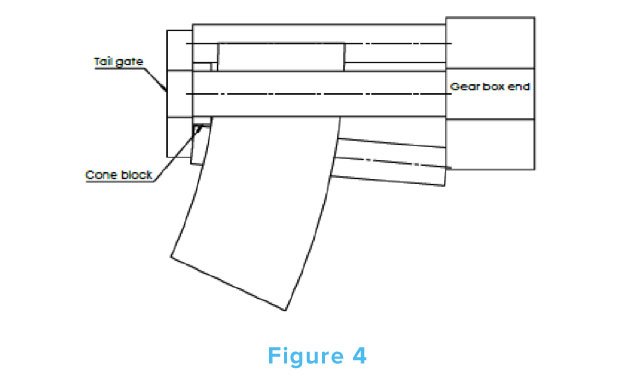 There are many aspects about a plate bending roll selection, too many to be completely covered these articles, but one feature that deserves a mention at this stage is the rolls themselves.

It is standard practice to crown the rolls to allow for deflection figure 5.  The rolls will naturally deflect between the bearings therefore designers must allow for this.  The manufacture will calculate the amount based on an average so it is best to let them know what you typically wish to bend on the machine. 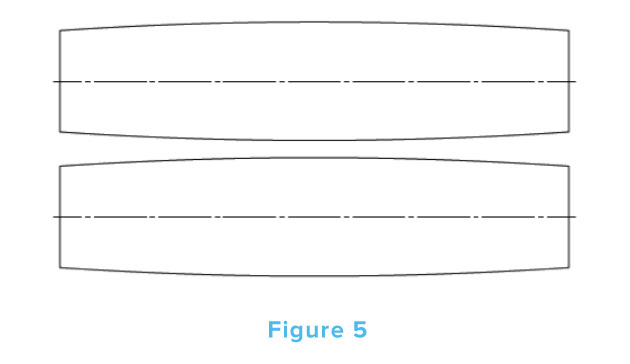 Another important factor in selecting a plate bending machine is the hardness of the rolls, it is recommended to pay the extra and have induction hardened rolls. Many manufacturers now do this automatically as standard.

Barnshaws and our history of plate bending machine purchases

Here at Barnshaws we have used over 12 manufacturers and types of plate rolls and we have also made our own hydraulic plate rolls of special design.

We have found all the plate bending machine manufacturers to be fair and straight forward to deal with, and all have offered an excellent after-sales service to ensure we keep our machines running.

When ordering a plate bending machine, and especially a heavy expensive machine you should always inspect and test bend the machine before you take delivery.

If a machine is required to roll cones, then asking for a test bend of a cone by way of insisting the manufacturer have one cut to a designated size the purchaser may require, and to test bend whilst the purchaser is there to witness it, before the machine leaves the workshop, is highly recommended.

The marketplace is starting to see the more common use now of higher yield steel, for example S355 rather than S275 which is 39% higher in yield.  This needs to be borne in mind as many of the plate bending capacity graphs/tables often for lower yield plate.  In simple terms, if the yield goes up 40% you need 40% more force to bend it.

The other significant factor when determining capacity is the length of the plate being rolled figure 6 & 7. It can go from a plate equal to the full length of the roll such as 3m (10ft) to a plate that is very short in length say only 500mm (40 inches) long.  The maximum bending moment on the top roll that occurs in the centre of the top roll is double the value for a point load that for a uniformly distributed load which is the case when rolling a plate that is equal in width to the length of the plate roll.

The section modulus of a plate is proportional to the width (L) being rolled and the square of the thickness, using the formula LxT²/6.  The section modules you can roll when using a very short length is half of this LxT²/12.  This has to be taken into consideration when you product a capacity graph or chart, some manufacturers use graphs which make allowance for this and some use a scale of reduction factors.  These formulae can be used to check the manufacturer is specifying the machine correctly.

This article would not be complete without discussing pre-bending capacity.

It is worth saying right from the start that to bend a piece of plate a bending moment needs to be applied which is a force multiplied by a distance i.e. if the distance is nil you need an infinite force. For thin plate it is possible to set the ends so that for all practical purposes the plate appears to be bent to the end.

When the plates go thicker to around 50mm thick, the geometry of the situation comes into the equation. At some point the user must decide how much force they wish to apply to pre-bend a plate, and it has to be remembered that plates now have a higher yield which means a higher directly proportional force. The more force selected, the larger the cylinders, and more importantly the larger the top roll diameter, which has a section modulus that is proportional to the cube of its diameter (d3).  The minimum diameter that can be rolled down to, allowing for springback is approximately 1.4 x the top roll diameter.

It is always recommended to take an experienced plate bending machine operator to perform the test bends in the manufacturer’s premises.